CEO Leonard Mazur explains how the company’s hoping to unlock the potential of its varied pipeline.

Citius’s vision: By harnessing its founders’ expertise and connections in the pharmaceutical industry, Citius is seeking to usher a diverse group of specialty assets and prescription products in narrowly focused indication areas through development and to approval quickly. The company submitted its first candidate I/Ontak, a reformulated cancer immunotherapy for treatment of a rare type of Non-Hodgkin lymphoma, to the FDA in September and is in the midst of a phase 3 trial for Mino-Lok, a first-in-class antibiotic lock solution aimed at treating patients with bloodstream infections caused by central venous catheters.

The company’s strategy: A seasoned biotech entrepreneur with several other companies under his belt, including Akrimax and Triax Pharmaceuticals, Mazur founded Citius with the company’s now vice chair Myron Holubiak for one simple reason: to find and develop drugs with a short path to FDA approval. Currently Citius has five candidates in its pipeline for a range of therapeutic areas including adjunct cancer care, oncology, women’s health and gastroenterology.

“There's always an element of risk in terms of what we do here, but we try to minimize it by going after drugs that have a profile that looks like it should be able to be cleared to the FDA,” he said.

Mazur and other leaders at the company lean on industry connections to find potential drug candidates and have so far chosen later-stage assets to enhance fundraising opportunities. When it comes to commercialization, the company plans to lean on a small, specialty salesforce, Mazur said.

Why it matters: Just in the last five years, 83 novel cancer medications have launched in the U.S., according to a 2022 report by IQVIA. However, few options are available for certain rare forms of the disease — including persistent or recurrent cutaneous T-cell lymphoma (CTCL) and peripheral T-cell lymphoma which Citius’ I/Ontak aims to treat. The drug is a reformulation of Ontak, a previously approved medication for CTCL that was discontinued due to purification issues. Citius’ revamped version, which it acquired from Dr. Reddy’s and Eisai in 2021, improves on its predecessor’s bioactivity and purity elements, and could bring back a treatment option to patients in need.

The company’s other lead candidates target similarly treatment-scarce indication areas. For instance, the current standard of care for the roughly 250,000 catheter-related bloodstream infections occurring in U.S. hospitals each year involves a costly tub-removal procedure. Citius’ hopes to eliminate need for the surgery with its antibiotic lock solution Mino-Lok, which can be injected straight into the catheter to flush out the bacteria.

At a glance: In May, Citius announced plans to spin I/Ontak into a separate, publicly traded, oncology business, where it will test the drug in combination with other medications for new indication areas. Mino-Lok will remain a core asset of the original company's diversified pipeline and Citius will continue to develop a phase 2 topical drug it argues could become the first-ever FDA-approved treatment for hemorrhoids with rigorous safety and efficacy data. While roughly 10 million people are estimated to suffer from the painful condition each year, and several over-the-counter and prescription medications are used to treat the condition, including hydrocortisone, according to Citius “none currently possess safety and efficacy data generated from rigorously conducted clinical trials.”

Citius is aiming to complete the split by the end of the year, pending “market and other conditions,” Mazur said. Right now, he and other executives are looking for “opportunities to optimize expertise and capital” between the two companies and “are considering a shared service agreement as an option,” he added.

In PharmaVoice’s conversation with Mazur, he discusses how the spinoff will impact both business segments, the company’s unique space in the biotech market and its key goals looking into 2023.

PHARMAVOICE: How does Citius stand apart from other companies on the market?

LEONARD MAZUR: What separates us from everybody else is No. 1: Myron (Holubiak, co-founder and vice chair at Citius) and I have put a significant sum of money ourselves into the company. We have a total of $26.5 million invested directly. You're not going to find hardly any company that does that. So, I have $22.5 and he has $4 million.

Also, at this point in time, there aren't too many pre-revenue companies like ours that have two phase 3 compounds, including one where a BLA has been filed and another one that's in the final stages of its phase 3 trial. So that separates us from a lot of companies.

You recently sent in a BLA for the drug I/Ontak. How does this formulation improve upon the original Ontak drug? What does the future of I/Ontak look like?

Basically, I/Ontak is a denileukin diftitox. It's an engineered IL-2-diphtheria toxin fusion protein that has a unique mechanism of actions that supports two therapeutic effects. One, it targets malignant T cells. So basically, it'll bind to an IL-2 receptor to kill tumor cells directly and then also, it eliminates immunosuppressive tumors. It has a potent immune response against tumors.

"There's always an element of risk in terms of what we do here, but we try to minimize it by going after drugs that have a profile that looks like it should be able to be cleared to the FDA."

Also, in addition to this, we've got the potential for IO combination therapy. Right now, we have two investigator-initiated IND trials, one at the University of Pittsburgh and one at the University of Minnesota. We're combining with Keytruda as well as with a CAR-T cell treatment. That's still early on. We do have that potential out there, and also the potential for I/Ontak to move into peripheral T cell lymphoma as well. Eisai (also) has it approved in Japan. So this drug definitely has legs. It's a small market and we recognize that it's a rare disease market, but we think we can build off this platform really well.

This drug has the potential to be approved in 2023. So at this point, we're already developing a marketing program to introduce it to the marketplace. We've analyzed the market and we know that this is focused in cancer treatment centers and infusion centers. It’s not going to require a giant sales force at this point.

Tell me a little bit about the decision to spin off I/Ontak into a standalone business. How will that impact both Citius and this new company?

We started looking into the concept after we had acquired the license for I/Ontak from Dr. Reddy’s and Eisai. The reason we're doing it at this point is because our belief is that we don't have the valuation that we should have with these two primary assets in the company. What we plan to do is spin off I/Ontak into a new cancer company, (which would) ultimately would trade separately from Citius. We also are planning to do a tax free distribution of the shares in that new company to the Citius shareholders. We’re working on this to make sure it happens on a tax free basis and we're confident that we can get it done that way.

We'll have a company that's dedicated to cancer. And with that, we think we can build a great platform.

What are your objectives for the rest of the year and going into 2023?

We want to get the last patient in by the end of the year for Mino-L. We just filed (the BLA) so the FDA response will take about 60 days. Somewhere toward the end of November we’ll hear from the agency on a PDUFA date and how this is going to be defined in terms of its status — whether we are going to get expedited review and so forth. Those are going to be the primary strategic objectives, along with the hemorrhoid trial itself, which will be somewhere toward the end of the year and possibly into the first quarter of next year. So for 2023, the primary objective for us is to get approval for I/Ontak plus for Mino-Lok having that in a fillable stage somewhere in the course of ‘23. 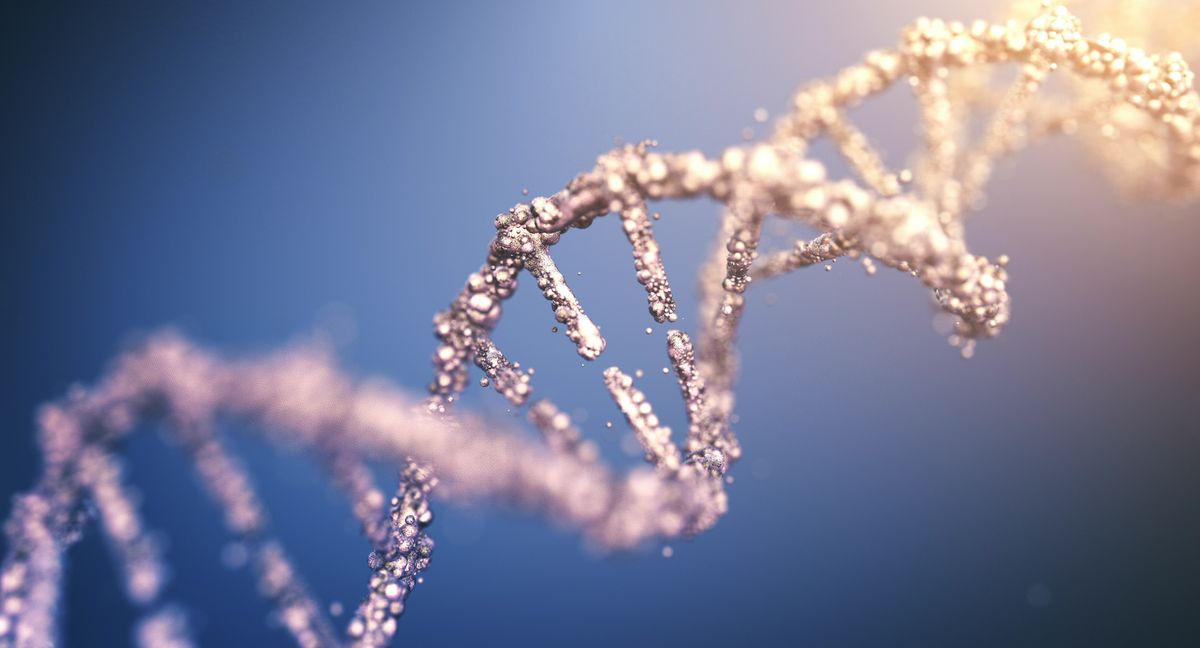 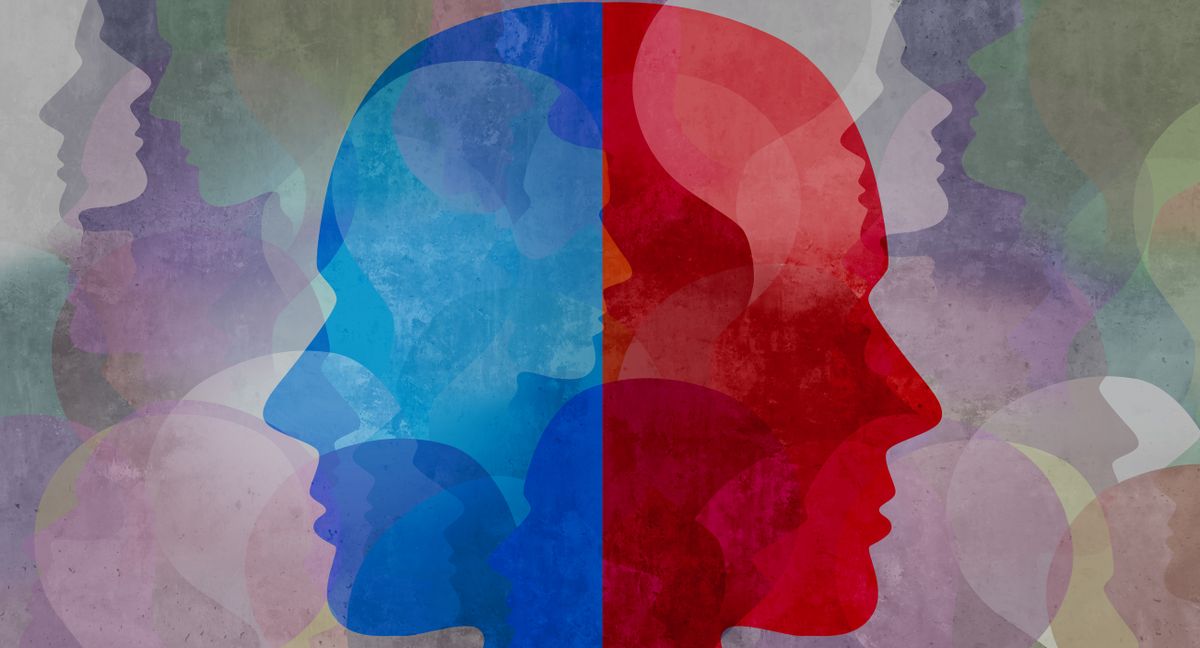 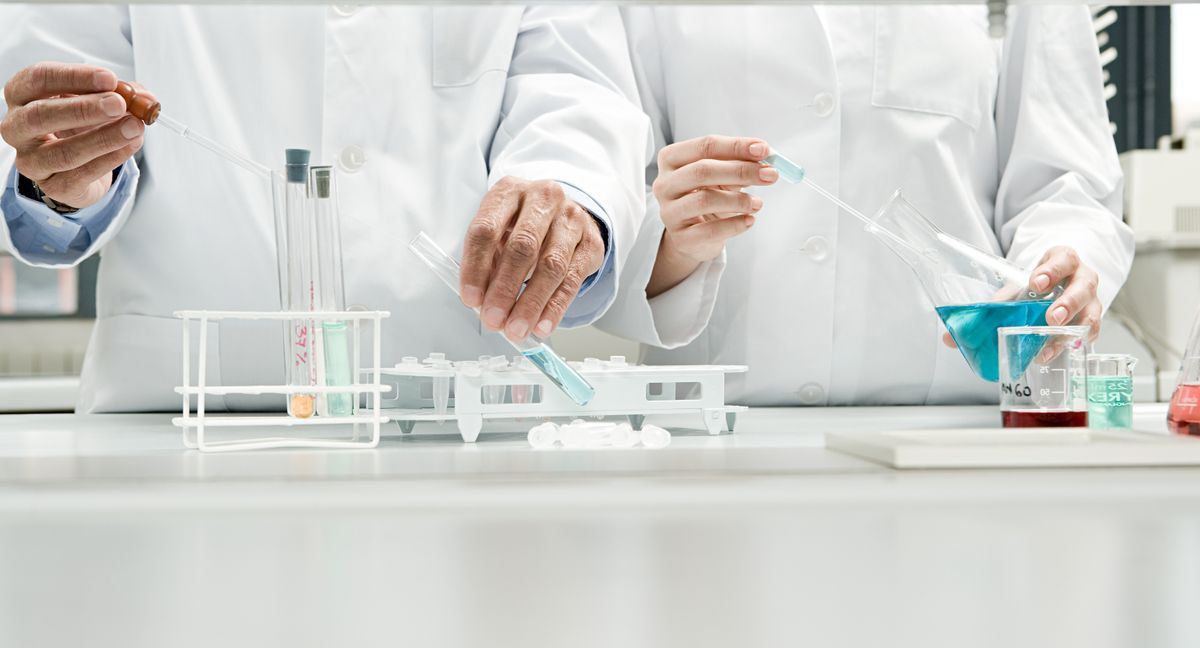 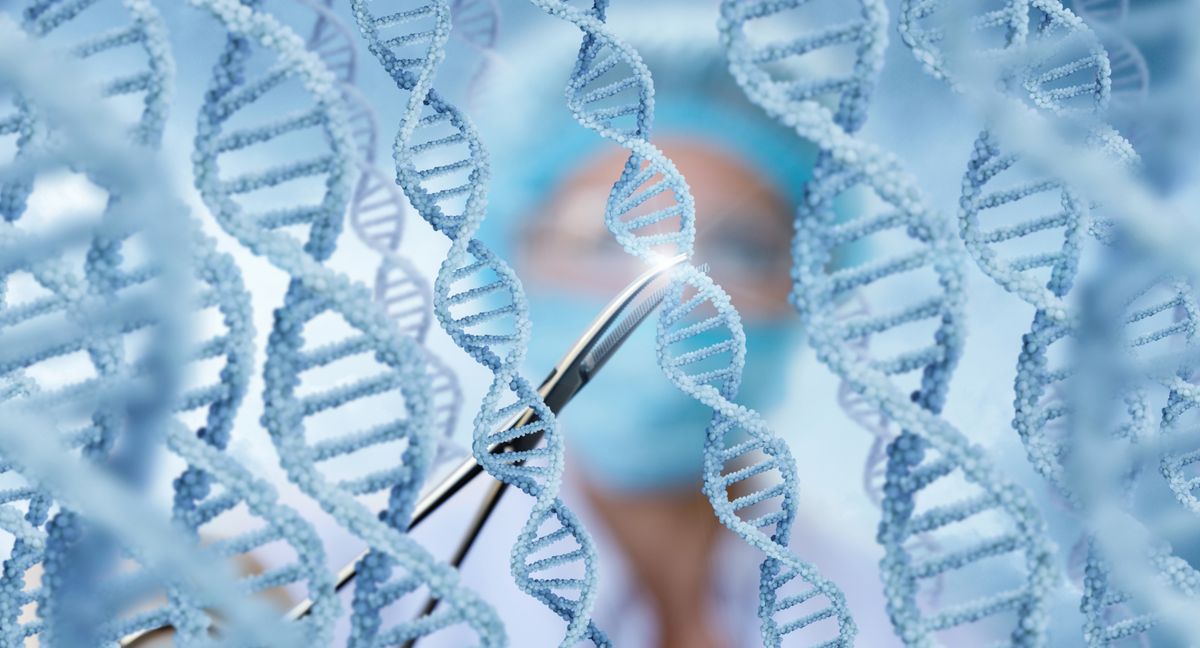 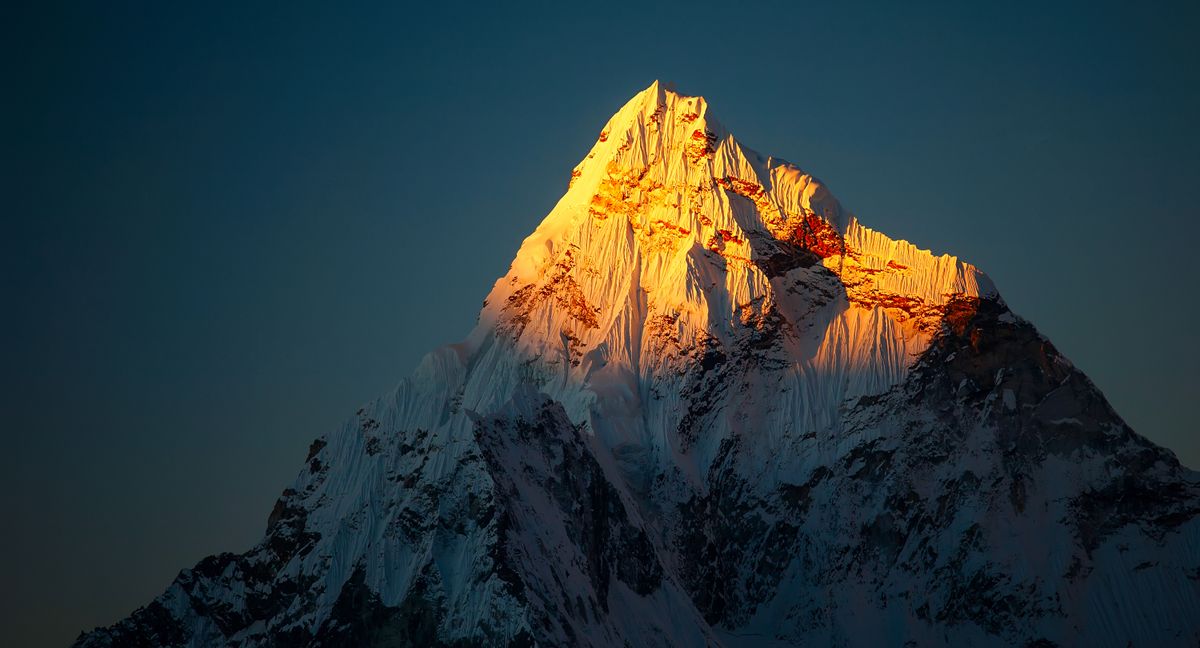 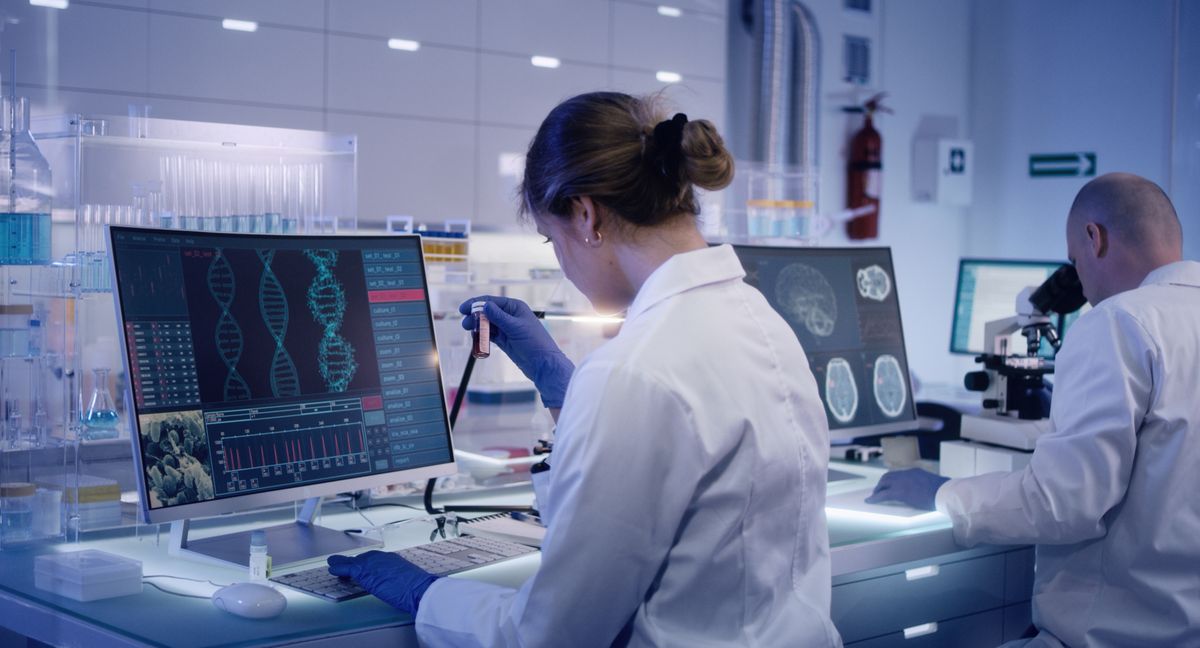 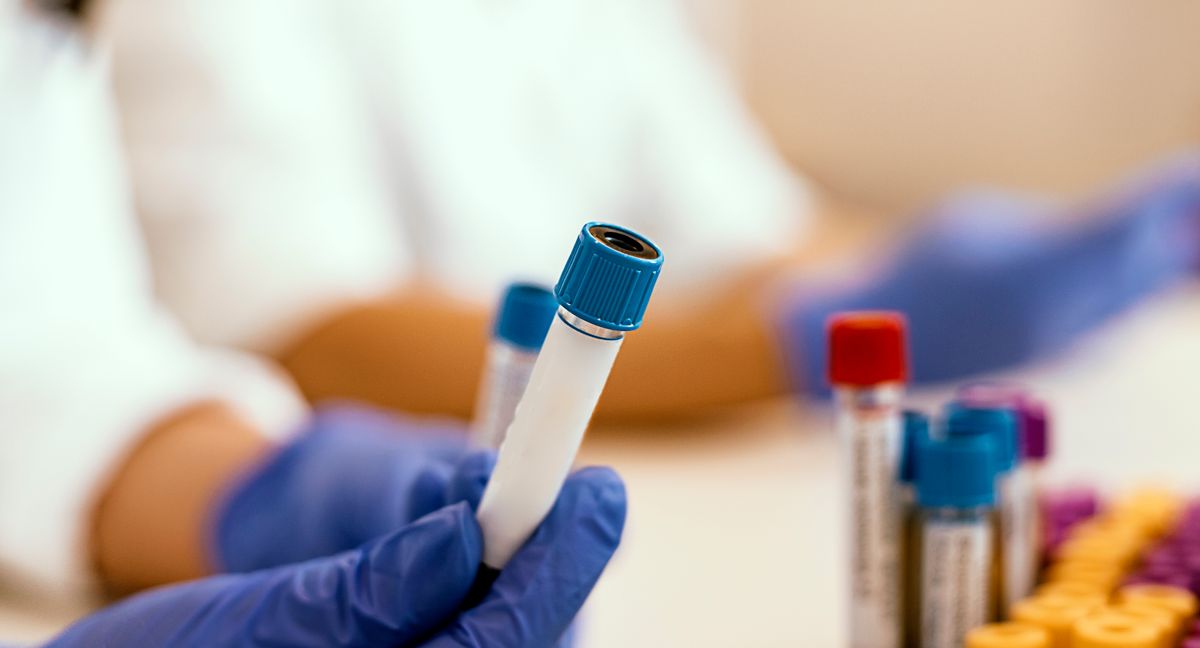 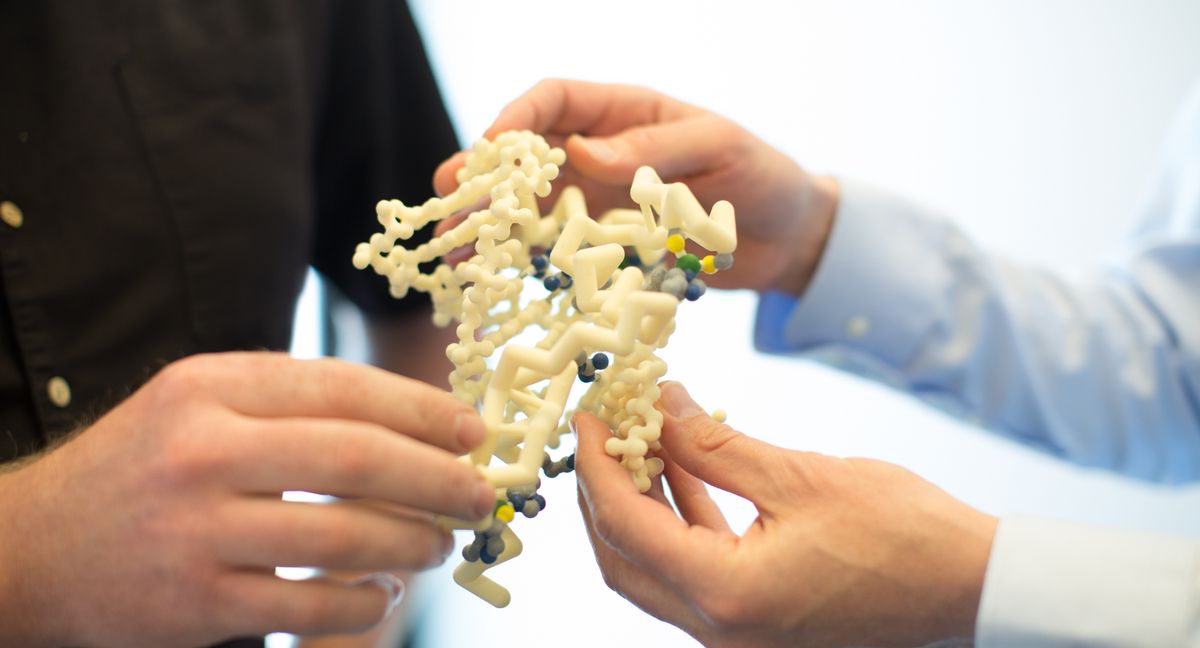