Trending now: Amid growing patient demand and administrative burden, there are stresses on the oncology care system. 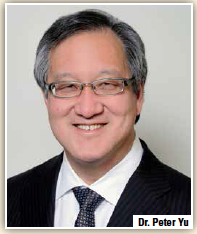 The U.S. cancer care system faces tremendous turbulence while dealing with growing numbers of cancer patients and survivors, mounting pressures to control rising healthcare costs, a wider array of treatment options now available for many cancers, and widespread oncology practice transformation, according to a new study by the American Society of Clinical Oncology (ASCO).

“This year’s report clarifies multiple stresses in our nation’s cancer care system, but there is reason to be hopeful," says ASCO President Peter Yu, M.D. “With this knowledge and insight, we can identify ways to ensure that all patients with cancer receive high-quality care — and help oncology practices adapt, survive, and succeed in today’s demanding healthcare environment."

In 2014, the FDA added 10 new treatments to its list of more than 170 approved anti-cancer agents, the agency also approved four new medical devices and tests that may improve patient outcomes through early detection of cancer. In addition, more than 770 cancer therapies are in the research and development pipeline, and many of these therapies are demonstrating dramatic improvements in efficacy, signaling unprecedented opportunities for beneficial and clinically meaningful cancer outcomes.

Only Biosimilars for Blockbuster Biologics are Likely Viable

The approval of the first U.S. biosimilar brings widespread optimism that biosimilars will stem the tide of soaring specialty drug costs. While biosimilars will yield savings, a new report sponsored by Prime Therapeutics cautions that pending regulatory decisions and actions by states could stifle the U.S. biosimilar market and reduce potential savings for payers and consumers.

“The general consensus to date has been, if you build the pathway, biosimilar manufacturers will come," says healthcare economist Alex Brill, CEO of Matrix Global Advisors and author of the study. “But the decision of a biosimilars manufacturer to enter the U.S. market is more tenuous than commonly perceived. Manufacturers will not jump at just any opportunity to develop biosimilars. Without careful policy consideration of the costs associated with biosimilar development, a robust biosimilars market may not be realized."

Building on an established economic framework, Mr. Brill estimates the point at which sales offset the cost of developing and

Separately, Prime predicts that the market for biosimilar development will shrink, as sales from blockbuster biologics decline. An internal analysis among the 14 million commercially insured lives served by Prime found that the top 10 specialty drugs (by percent of annual sales) over the past seven years represent a smaller percentage of total specialty spending, dropping from 68% in 2008 to 61.5% in 2014. Prime sees this trend continuing for biologics, and within 10 years the top drugs may be even fewer, representing only 30% to 40% of spending.(PV)

Cardiovascular
The global market for atrial fibrillation (AF) treatments will more than double in value from $4.6 billion in 2013 to peak sales of $9.4 billion in 2020, before declining to $5.7 billion by 2023 as new oral anticoagulants (NOACs) become genericized. NOACs have seen uptake since the launch of Pradaxa in 2010, with this class accounting for about 70% of all AF therapeutics sales in 2013.
Source: GlobalData

Pain
Patent applications for novel pain
therapeutics declined steadily in number from 4,970 in 2008 to 3,492 in 2012, an
average annual decrease of 8%, as limited understanding of pain pathophysiology continues to hinder drug development in this arena. Patent applications for pain treatments between 2008 and 2012 were dominated by big pharma, including Sanofi, Novartis, and Merck, which submitted 169, 162, and 142 applications, respectively.
Source: GBI Research

Respiratory
The U.S. treatment market for asthma will rise in value from $11.7 billion in 2013 to an estimated $14 billion by 2020, representing a CAGR of 2.6%. The asthma therapeutics market will be strongly characterized by generic erosion that will impact several of the leading brands over the forecast period, including Singulair, Advair, and Symbicort.
Source: GBI Research