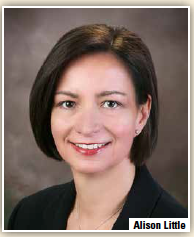 Drug makers and medical device companies are finding their biggest commercial challenges coming from payers, surpassing hurdles posed by regulators, declining access to healthcare providers, and the move toward specialty drugs, according to a survey by KPMG.

In fact, 47% of respondents described increasing payer pressure on drug pricing and utilization as having the biggest effect on commercial operations. Only 8% expect no significant changes in pricing and contracting for obtaining medications over the next five years.

“Pressure is coming from every angle against the pharmaceutical industry, requiring a significant, integrated response," says Alison Little, KPMG’s Advisory Life Sciences segment leader in the United States. “Life-sciences companies face increasingly high demands from payers to prove the value of their products in terms of improved patient outcomes and lower costs. This requires not only clinical and analytical rigor, but increased focus on account management and strategy. This is a significant part of the commercial model for the pharma, biotech, and medical device sectors, which need to evolve to compete in the future."

Beyond payer pressures, commercial operations are affected by a restrictive regulatory environment (15%), the shift toward specialty medicines (12%), requirements for evidence-based medicine (9%), and 8% of respondents mentioned value-based care or decreasing access to healthcare providers.

The biggest shift in the allocation of commercial resources among life-sciences companies during the next three years will be centered on pricing and market access, 33% of respondents said in the survey. Healthcare provider detailing and wraparound services, such as disease management and patient engagement programs, were the second and third largest shifts in resources projected by 17% of respondents.

About 94% of physician respondents believe biosimilars will provide value to healthcare, according to a new report by Quantia. But only 17% of prescribing specialists report they would be very likely to prescribe biosimilars to eligible patients. Their main concerns include safety/efficacy, drug substitution regulations, and accurate evaluation of when to prescribe a biosimilar vs. branded therapy.

“The survey findings confirm that many physicians already recognize the potential clinical value and cost savings that biosimilars represent, and many are hopeful that these therapies will soon be viable for their patient populations," says Dan Malloy, executive VP of Quantia. “The challenge is offering the education and support, through the appropriate channels, that will reach the physicians who need it most and transform this general awareness into action."

There is a significant movement forward in the industry toward active risk-based monitoring (RBM) adoption with 76% of the organizations reporting that they are either already executing RBM studies (45%) or planning to initiate RBM studies during this year (31%), according to a survey by OmniComm Systems.

The survey further elucidated differences in RBM adoption between CROs and sponsors. In fact, 33% of CROs have already initiated RBM studies compared with 53% of sponsors.

“These results reflect what we have assessed to be a key challenge for organizations moving forward," says Steve Young, senior director of transformation services, OmniComm Systems. “There has been a significant volume of RBM methodology guidance and advice emerging over the past couple of years, following the regulatory papers issued by FDA and EMA."

The strained healthcare system and an increasingly crowded marketplace make comparative effectiveness research (CER) more important than ever for the life-sciences industry. According to Cutting Edge Information, 50% of surveyed companies at the global level have instituted dedicated health economics and outcomes research groups to coordinate and support these activities. Medical affairs teams are responsible for CER management at 33% of surveyed global level groups and market access is the responsible party at 17%. Dedicated country-level groups are slightly less common (43%).

View all | Post a press release
Azzur Group Appoints Corporate Services Executive, Ray Jaffe, as Vice President of Operations,…
From Azzur Group
Accelerate Diagnostics Presented New Data at ECCMID 2022 Demonstrating Rapid and Accurate Resu…
From Accelerate Diagnostics
Industry Dive publications win 6 National Gold Azbees – most of any publisher
From Industry Dive
Vivera Partners with NINDS of NIH to Identify Potential Stuttering Treatments
From Vivera Pharmaceuticals, Inc.
Read next
Latest in Research & Development
© 2022 Industry Dive. All rights reserved. | View our other publications | Privacy policy | Terms of use | Take down policy.
We use cookies to optimize your experience on our website and for analytics and advertising purposes. By continuing to use our site, you agree to our cookie policy. Learn more
Accept