How pharma companies can teach physicians about mechanism of action and other medication lessons with interactive mobile games.

Think back to the first time you played Candy Crush, Angry Birds or another addictive mobile game. No one taught you how to play it. You just played. And the more you played, the better you got. You felt that hit of dopamine. You felt competitive. You learned new strategies. You leveled up.

That’s what medical video games can do for clinicians, teaching them the ins and outs of pharma concepts from rare diseases to mechanisms of action. These games take continuing medical education to a level that goes beyond passively watching or listening to a lecture or web presentation, said Dr. Eric Gantwerker, a practicing academic pediatric otolaryngologist, and vice president and medical director of Level Ex, which creates medical video games for physicians.

“We're in this active learning space where we know people learn much, much deeper; they retain it longer and they have more fun doing it,” said Gantwerker.

Currently, more than 950,000 healthcare professionals play Level Ex games such as Cascades, which focuses specifically on a product’s mechanism of action and mechanism of disease. In fact, the company — and the game industry overall — saw a huge influx of players in the game space during the pandemic.

For pharma, Level Ex games provide a new tool for product launch rollout by teaching clinicians about novel drugs. Other games can also educate clinicians about administering certain types of medication. Recognizing this potential, Level Ex’s has accumulated a number of pharma clients including Novartis, Johnson & Johnson, Amgen, Pfizer and Merck &Co., according to a company spokesperson.

The success of this approach, Gantwerker said, comes down to “game psychology.”

“The game psychology is really understanding the neuroscience of play,” Gantwerker said. “The way that people engage with fun environments like games and how they learn by playing games is a deep-seated design based on sociology, psychology, motivation and behavior that game designers truly understand.”

He also said games can be a particularly good way to teach clinicians about rare diseases because they “increase that curiosity index” — the part of a video game that keeps you coming back for more.

“When that curiosity index is heightened, then people are intrinsically motivated to want to learn more,” he said. “As they go through virtual patient encounters, they get extremely curious and want to keep going, they want to keep playing.”

Over time, users also perform better in the game — making it a powerful education tool. According to a company spokesperson, nine out of 10 medical professionals showed improved performance after multiple attempts per game.

To learn more about the various ways the healthcare world is leveraging gaming, PharmaVoice spoke with Gantwerker about why it’s so effective and the applications for pharma.

The conversation has been edited for style and brevity.

PHARMAVOICE: How do the games work and how do you measure success?

ERIC GANTWERKER: The way we measure success is obviously through how much people play our game. People engage with our games for six to 10 minutes at a time. These are micro-learning moments. That's where healthcare is going in general: Trying to understand how micro-learning fits into people's day-to-day lives. This is why we're mobile first. You’re actually on your phone at all times and you have it with you, and you can engage with this content as needed.

The (way games engage clinicians) is the way you lose time when you play any game, like Sudoku or solitaire. All of a sudden, you create the state in which you're not aware of how much time has passed, and we call that the ‘flow state.’ That's specifically designed in games to be able to engage them in something very interesting and challenging, and create this environment when they’re in this flow state.

We have lots of psychomotor skill-based games. That includes our Pulm Ex game, where we're actually pulling things out of the lungs: It may be a nail or a plastic toy in the lung, it may be a pen cap.

We also have knowledge-based games. Our dermatology games are mostly knowledge-based challenges (such as): Which disease causes this? Look at this image, tell us what you think this is? What would be the next best treatment? From both of them — the knowledge and the skill-based — we can actually create that flow state regardless of what the content is.

How can you tell whether the game successfully made a clinician learn something or take action in some way?

One of the greatest things about games is something called 'stealth assessment.’ And the idea of stealth assessment is you are being assessed as you play the game. It's integrated into the experience; you don't realize you're being assessed. Performance is constantly being monitored, and we will grade and score them based on their performance in the game. And that serves as their knowledge test.

We want to create that environment where they're constantly being assessed but they don't realize they're being assessed, so they get that natural behavioral interaction with a game, and that is where the assessment comes. And we can see how they do from the first time they play the game to the next time they play the game. That's how we look at their performance over time.

In what ways do you work with pharma companies?

They're coming to us to reimagine how their existing content can be in our game environment and change the way that people engage with it.

We have a suite of games that we call mechanism of action and mechanism of disease. If somebody has a novel drug that’s coming to market and they want to have people engage with it, we have a game that people can interact with called Cascades. It’s really good for new classes of medications and for rare diseases specifically, because understanding mechanism of disease is extremely important when you're trying to think about management and treatment.

We have virtual patients where you can actually engage with a patient over time, ask them questions, and figure out if they are indicated for a certain drugs.

We have a lot of skill-based games (such as for) bronchoscopy or colonoscopy. If you're doing therapies that are injectables or are based on biopsies, we can do all of that as well.

Finally, certain drugs require a setup, like an injectable. So we have our virtual technique guide which (takes players) through how to set up the device and inject the medication or material. Or it can educate allied health professionals and nurses on to set up machines that do different medication delivery.

Where is the medical education game industry headed?

Living in a multimedia world, you have to have active engagement through educational materials, otherwise, people are going to disengage. Even on YouTube, the amount of time people actually watched a video used to be two and a half minutes; now it’s like 20 seconds. If you don't engage somebody within those 20 seconds, you've lost them.

(Healthcare professionals) have to truly understand the value-add of your drug, they truly have to understand the indications, and (target) patient populations intuitively — not just based on you telling them and sending them a PowerPoint. 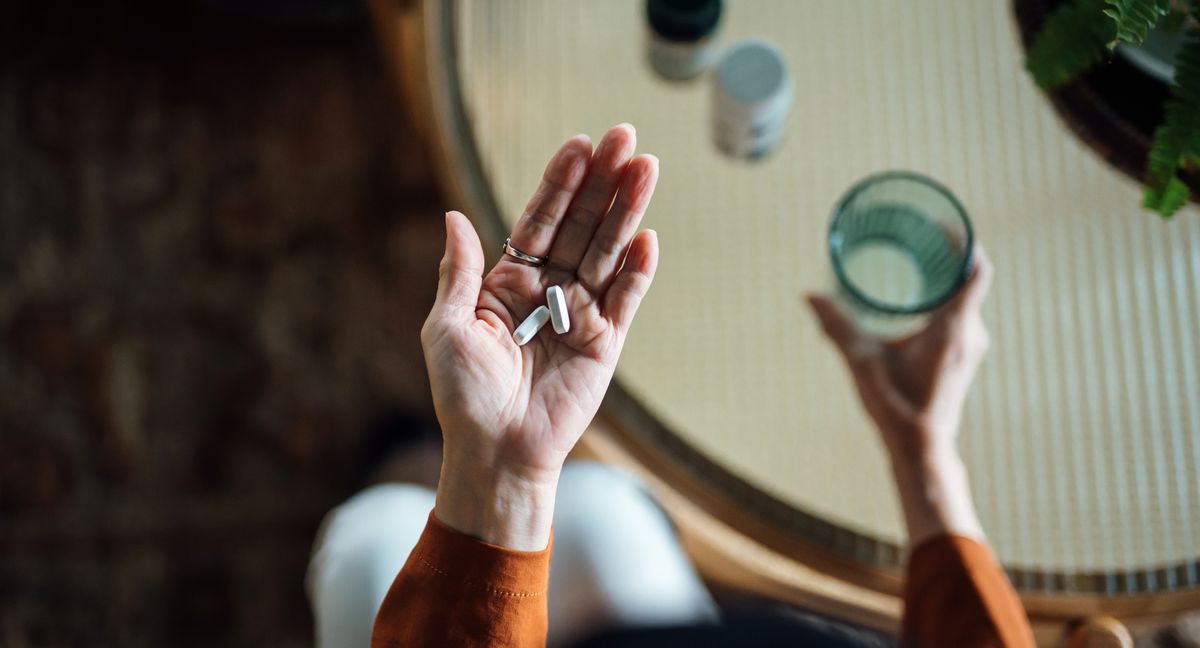 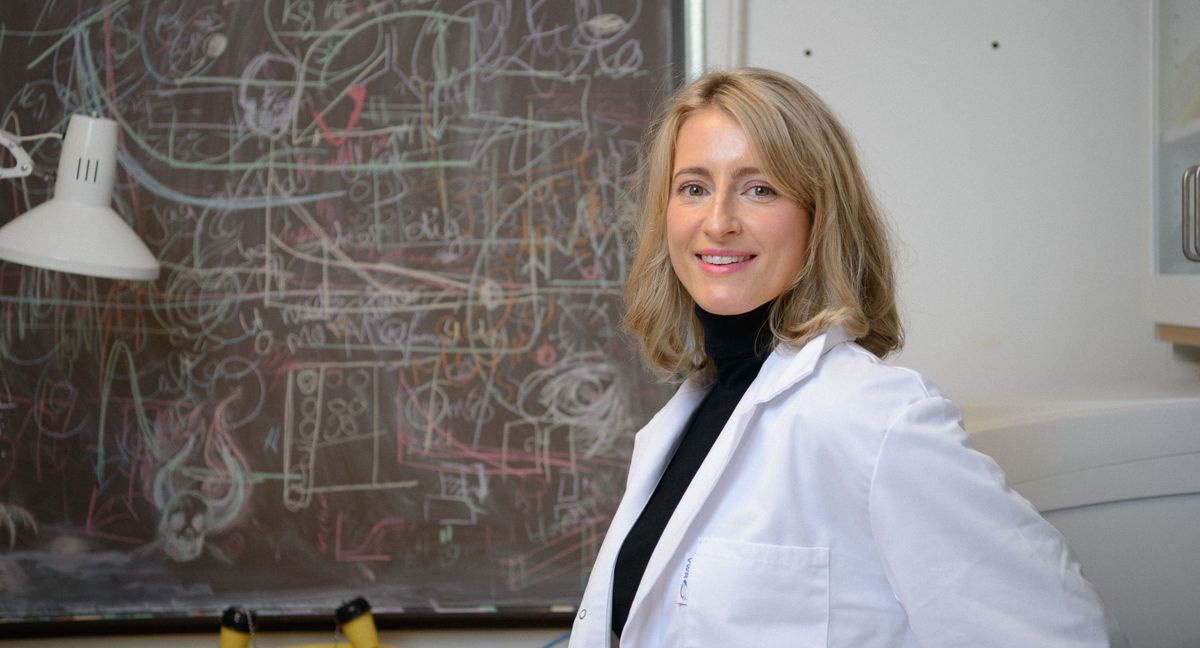 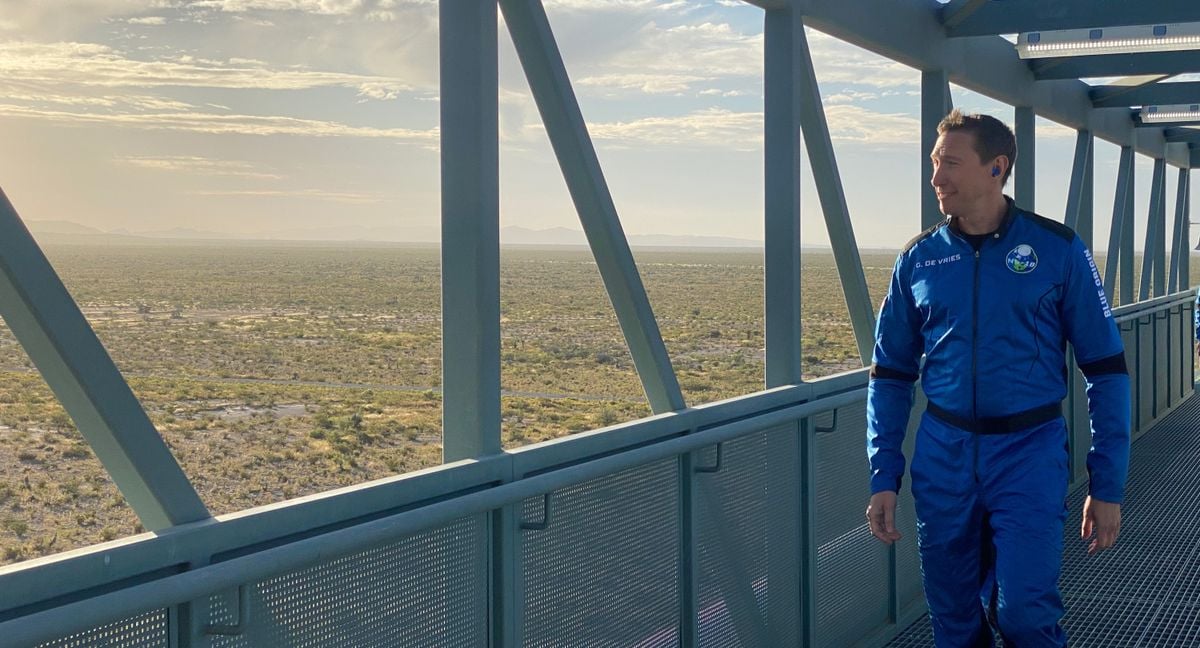 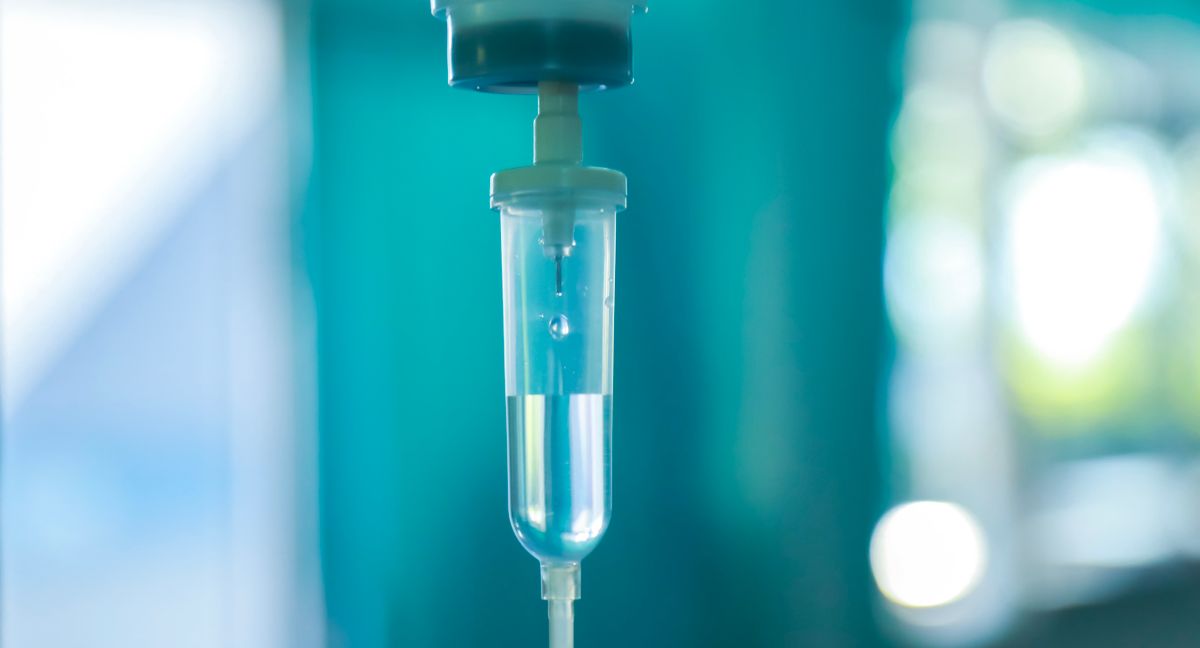 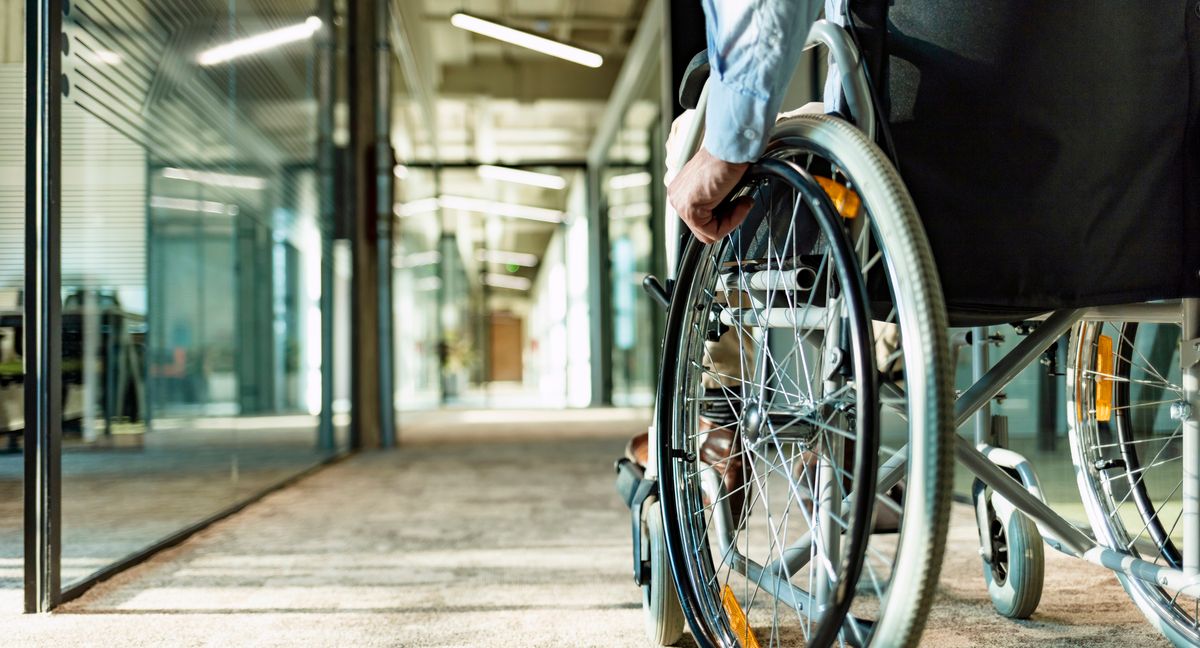 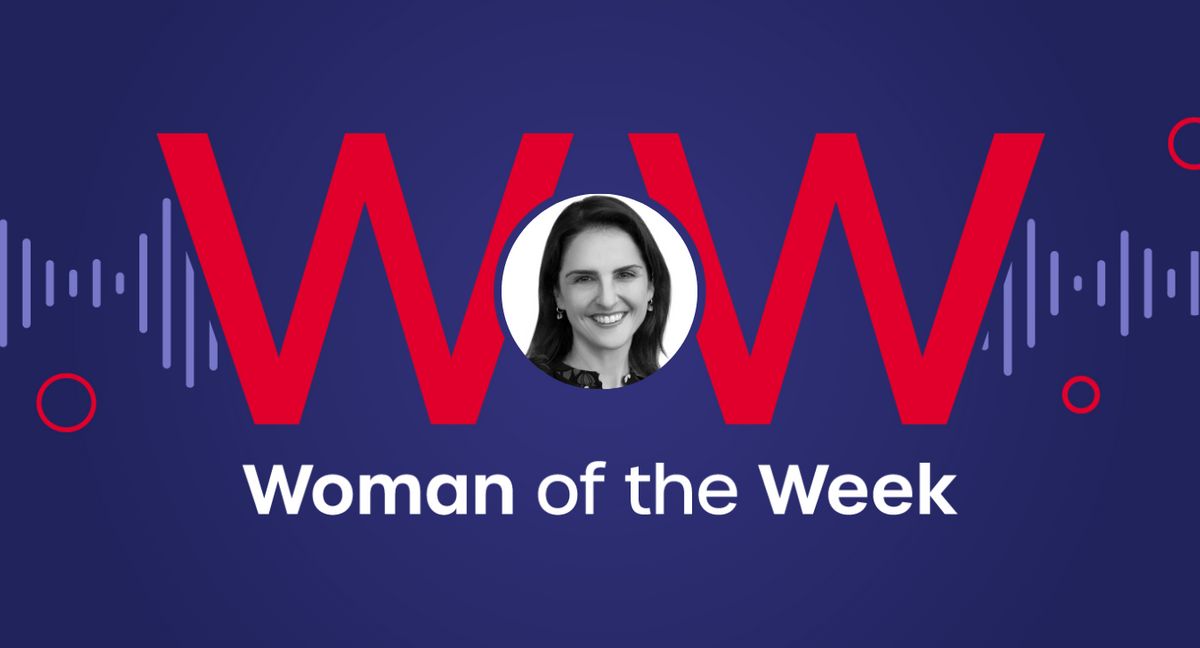