While a majority of companies expect to meet digital transformation objectives in 2016, more than 60% believe they must first make significant organizational changes to reach these goals. 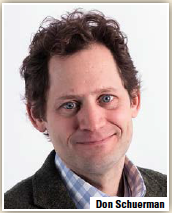 The study, conducted this spring by the Economist Intelligence Unit (EIU) and sponsored by Pegasystems, is based on a global survey of 282 executives from key industries such as healthcare, financial services, biotech, pharmaceutical, and telecommunications. Executives expressed high confidence in their digital transformation plans, with 69% expecting to achieve their digital goals set for this year. Failure is not an option for most, as 77% report digital transformation is their company’s top strategic priority in 2016, and poor financial performance looms as the top consequence for not meeting this goal.

“With the pace of digital change continuing to accelerate, it’s never been more important for senior business leaders to carry the torch for digital transformation within their organization," says Don Schuerman, CTO and VP of product marketing, Pegasystems. “The future of many companies now depends on their ability to translate digital potential into a competitive advantage. This is an all-encompassing effort that requires top executives to champion the deployment of flexible, digital technologies that change the way they engage with their customers."

A study published by Cutting Edge Information found that the goal for U.S. pharmaceutical companies is to increase their percentage of electronic documents from an average of 38% to 76% by the year 2020.

On a global scale, surveyed clinical teams estimated that an average of 54% of their trial master files (TMFs) are electronic, but they expect this balance to shift to 88% by 2020. However, country-level teams in emerging markets are anticipated to undergo the most dramatic change. On average, Brazil and India plan to increase their distribution of electronic and paper documents from 8% and 92% to 77% and 23%, respectively.

“The predicted increase of electronic TMF files can be partially explained by FDA, MHRA, and EMA guidance," says Sarah Ray, senior research analyst at Cutting Edge Information. “However, companies were hesitant to make this transition because they considered wet ink signatures a necessary part of their TMF. However, the MHRA and EMA agencies stepped in and offered guidance in favor of reducing industry reliance on wet ink signatures, making companies more comfortable with the change."

Clinical trial programs that used selection biomarkers saw an overall likelihood of approval (LOA) from Phase I of 25.9%, compared with 8.4% when no selection biomarkers were used, according to a recent study of clinical development success rates by Biotechnology Innovation Organization (BIO).

The study, conducted in partnership with Amplion and Biomedtracker, recorded and analyzed 9,985 clinical and regulatory phase transitions, across 1,103 companies. Using clinical trial data from the past decade, the study compares groups of diseases, drug modalities and other attributes to generate the most comprehensive analysis, to date, of biopharmaceutical R&D success.

Other findings:
Of the 14 major disease areas studied, hematology had the highest LOA from Phase I (26.1%) and oncology had the lowest (5.1%).
Oncology drugs were approved the fastest of all 14 disease areas.
Rare disease programs had higher success rates at each phase of development vs. the overall dataset.

“Combining Amplion’s biomarker database with Biomedtracker’s clinical transition records we were able to, for the first time, quantify the benefit of using selection biomarkers in drug development," says study author David Thomas, BIO’s senior director of industry research. “In combination with the rare disease section of the report, these results appear to be revealing the overall strength in targeting well-defined, homogenous patient populations."

Despite improved diagnosis and advances in treatment options for individuals with type 2 diabetes, sub-optimal therapy adherence and persistence result in significant economic and societal burden as well as avoidable patient complications in six diverse healthcare systems around the world, according to a new report series issued by the IMS Institute for Healthcare Informatics.

Disease complications account for an estimated 61% to 80% of type 2 diabetes-related costs in the countries studied, with 4% to 15% of costs linked to poor adherence and persistence. Effective patient activation — how well people understand their role in the care process along with their ability and willingness to actively manage their own health and care — is key to deriving greater value from existing diabetes treatments.

“The rising prevalence of type 2 diabetes and its associated complications is the root of considerable strain on society and an economic burden on healthcare systems," says Murray Aitken, IMS Health senior VP and executive director of the IMS Institute for Healthcare Informatics.
“Simple, customized interventions that put patients on the path to optimal adherence and persistence can yield tangible results, but require alignment between healthcare and government leaders, as well as the active involvement of voluntary associations and the private sector."

Almost half (48.9%) of employer-sponsored prescription drug plans in America use three tiers, and 44.1% offer four or more, an increase of 34% from 2014 to 2015 and a 58% increase since 2013, according to a recent report from United Benefit Advisors (UBA), an independent employee benefits advisory organization.

The report is based on data from the latest UBA Health Plan Survey of more than 10,000 employer sponsored health plans.

“The fourth tier — and additional tiers — pays for biotech drugs, which are the most expensive," says Les McPhearson, CEO of UBA. “By segmenting these drugs into another category with significantly higher copays, employers are able to pass along a little more of the cost of these drugs to employees. This is a rapidly growing strategy to control costs."

Another significant cost control measure used by a majority (61.8%) of employers is the requirement that employees pay more when they elect brand-name drugs over an available generic, and 37.9% of those plans require the added cost even if the physician notes “dispense as written."

With the cost of bringing a single novel drug to market estimated to be $2.6 billion in 2015, pharmaceutical companies are increasingly looking toward developing first-in-class treatments to maximize revenue and stay ahead of competition, according to GBI Research.

The company’s latest report states that the growth in drug research and development costs appears to stem from an increased clinical failure rate and emphasis on proving superiority over comparator drugs in technology assessments.

Overall, me-too drugs, which are structurally very similar to already-established drugs, have traditionally been highly commercially and clinically successful. These products continue to provide a well-established pathway for promising product developments due to a lower risk profile.

About 80% of surveyed life-sciences companies allocate some portion of their budgets to outsourced activities, according to a benchmarking study by Cutting Edge Information. Further research found that outsourcing is a common practice for government reimbursement groups among surveyed pharmaceutical and medical device companies.

Life-science companies navigating U.S. government payers’ complex guidelines for reimbursement have found their tasks increasingly intricate. New guidelines brought in under the Affordable Care Act have only added to this burden.

The survey found that modeling or CRM modeling were the two most frequently outsourced government reimbursement activities. On average, surveyed life-sciences companies allocated 13% of their budgets to outsourced activities.

“Companies benefit from having an outside set of eyes look at their government pricing procedures instead of risking trouble with the U.S. Department of Justice," says Jacob Presson, senior consultant, data products at Cutting Edge Information.

The companion diagnostic testing continues to grow as new partnerships are formed and new tests are marketed. The healthcare market research firm values the market at about $1.6 billion in 2015, up 33% from two years earlier, according to Kalorama Information.

The firm suggests this segment is a large and rapidly growing market, as researchers, pharmaceutical companies, and diagnostic companies are now starting to develop personalized medicine tests.

“Our market estimate in this field is most accurate as it takes into account tests for any therapeutic purpose," says Bruce Carlson, publisher of Kalorama Information. “We are looking at strict test/pair combination, but also non-required pharmacogenomics and tests supported by scientific literature but not yet in the regulatory model." (PV)