How does the Inflation Reduction Act affect healthcare? 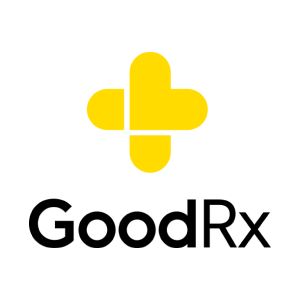 The act’s initiatives are funded through a combination of:

In this article, we’ll examine the healthcare implications of the Inflation Reduction Act, focusing on the policy shifts that will affect both healthcare providers and the larger healthcare system. The latest policy aims to reduce barriers to affordability and access, particularly for Medicare patients. To learn more about how GoodRx partners with manufacturers to help patients get on therapy, visit goodrx.com/solutions.

Inflation is the rate at which the cost of goods and services shifts over time. For example, in 2020 the average price of a gallon of 2% milk was $3.57. That same gallon of milk now costs an average of $4.33 per gallon. That $0.76 price difference might not seem like a significant change. But if the cost of every good and service you purchase rises at the same rate, your money no longer “stretches” as far.

An up-to-date inflation rate helps analysts determine how the economy is performing by comparing it to previous quarters and periods in time. The most well-known measurement for inflation is referred to as the consumer price index (CPI). It’s a calculation maintained by the U.S. Bureau of Labor Statistics that compares the costs of various consumer goods and services (such as grocery items, gas, electricity) over time.

According to the CPI, prices for these items increased 8.5% between March 2021 and March 2022 — the largest inflation increase since 1981.

What is the current healthcare inflation rate?

According to the CPI, the cost for medical care services has increased approximately 5.1% over the last 12 months. That’s less than the overall increase. But in a country where almost two-thirds of patients avoid medical care due to an unexpectedly high (or “surprise”) bill, this increase means that hundreds of thousands of Americans may not be receiving the health services they need.

How Does The Inflation Reduction Act Address Healthcare Costs?

The Act will reduce healthcare spending by lowering the price of prescription drugs for Medicare participants and lowering other healthcare costs.

According to GoodRx, the Inflation Reduction Act “creates a partnership between the federal government and the pharmaceutical industry to reduce prescription drug prices for Medicare recipients.”

Lowering the cost of prescription drugs

According to experts, Americans are charged two to three times more for prescription drugs than people in other countries.

Medicare, which provides drug coverage for many people, has been blocked from negotiating and/or adjusting its prescription drug prices for over 19 years. That may be due to strong pharmaceutical interests in Washington. In 2021, the pharmaceutical industry had over 1,600 special interest lobbyists. In 2022, the industry has spent more than $187 million in lobbying.

The Inflation Reduction Act attempts to change this by partnering with the pharmaceutical industry itself to reduce prescription drug prices for Medicare recipients.

This will be accomplished through four key actions:

• The federal government will be required to negotiate prices for specific high-cost prescription drugs covered under Medicare. The main types of negotiated drugs will include brand-name drugs and therapies without generic equivalents, and drugs that have been FDA-approved for more than 13 years. These negotiations will happen in phases, with the final phase of Medicare Part B and D drug negotiations occurring in 2029.
• Drug companies will have to pay a rebate if they increase the price of prescription drugs covered under Medicare by more than the rate of inflation.
• The cost of insulin for Medicare participants will be limited to $35 per month.
• The out-of-pocket costs for Medicare Part D participants will be capped at $4,000 in 2024 and $2,000 in 2025.

An estimated 5 to 7 million Medicare participants are expected to benefit from the negotiated drug prices. And an additional 3.3 million will likely be affected by the limit on the cost of insulin.

According to recent research by Yale University, 14% of people who use insulin on a regular basis are facing “catastrophic” levels of spending on their treatment. The researchers specified that these people are using money that would normally be budgeted for essentials, such as food and housing, to fill their prescriptions.

To help mitigate these extreme circumstances, The Inflation Reduction Act will provide insulin coverage under Medicare Part D, and it will also cover external insulin pumps under Part B. In fact, Medicare Part D plans will be required to charge less than the $35 copayment for the insulin products they cover.

Back in 2021, lawmakers passed the American Rescue Plan Act (ARPA). It was designed to provide additional financial relief to individuals and state and local governments who were affected by COVID-19.

One of ARPA’s largest components was the inclusion of Affordable Care Act (ACA) subsidies. It provided financial assistance to supplement the cost of ACA policies for both newly or previously eligible recipients. In addition, ARPA expanded the scope of eligibility for subsidies — raising the maximum eligible individual income to $51,040 and up to $104,800 for a family of four.

According to the Department of Health and Human Services, over 14.5 million Americans signed up for health insurance coverage during the 2022 registration period. And over 90% of enrollees and current policyholders received some type of financial assistance.

The Inflation Reduction Act extends these subsidies until 2025. That means more Americans can take advantage of lower health insurance costs on the ACA market. Analysts estimate that this extension will save the average ACA participant over $800 per year.

What Else Is In The Inflation Reduction Act?

The Act includes other important provisions besides the healthcare components, such as those highlighted below.

One of the Act’s main funding mechanisms is an increase on tax rates for large corporations — defined as those with over $1 billion in net profits. Under the act, large corporations will be required to pay a minimum 15% tax annually, which analysts expect to generate an estimated $222 billion in revenue. Monies received under this new taxation will be used to fund the other components of the act.

In addition to implementing mandatory minimum tax rates for large corporations, the act also allocates over $79 billion to the IRS over the next decade. The money is slated to be used for a combination of enforcement actions, business modernization, and operations support.

The Inflation Reduction Act is a significant piece of legislation that attempts to combat the effects of inflation on American people through a multilateral approach. For the healthcare industry, this means affordable prescription drugs and increased access to affordable health insurance.

To learn more about how GoodRx partners with manufacturers to help patients get on therapy, visit goodrx.com/solutions.