Trending Now: The overall increase in R&D spending was partly due to drug makers advancing their pipeline programs into later-stage clinical trials. 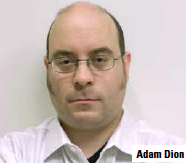 The world’s leading 30 pharmaceutical companies spent a combined $112 billion on research and development (R&D) in 2013, an increase of $723 million over the previous year, according to research and consulting firm GlobalData.

Adam Dion, an industry analyst with GlobalData, says the increase in R&D spending was partly due to drug makers advancing their pipeline programs into later-stage clinical trials, which are generally more costly.

“Roche’s R&D spending was bolstered by continued investments in its oncology and neuroscience therapeutic areas, 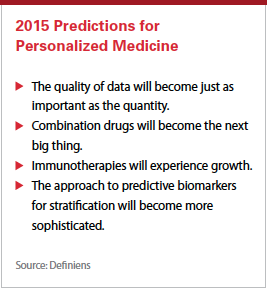 such as the company’s investigational anti-PD-L1 antibody targeting lung cancer, and the advancement of its programs for Alzheimer’s disease," he says.
For more information, visit globaldata.com.

Brillio, a global technology consulting, software, and business solutions company, has announced its 2015 trends predictions. From computing anywhere mobile to risk-based security, and from the Internet of Things (IoT) to cognitive analytics, Brillio foresees the gap between digital leaders and digital laggards widening significantly over the next 12 months. 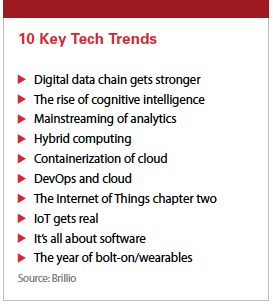 With the amalgamation of the real and virtual worlds, connectivity everywhere, the inundation of intelligence everywhere, and the accumulative technological impact of the digital business shift, businesses are asking — if not demanding — their technology partners to run faster with a disruptive frame of mind. These technology partners need to focus on finding new ways to participate, harness, and advance early adoption and innovation at the edge.

“The year ahead brings accelerated disruption, as those technologies that we spoke about last year as being emergent have now begun to evolve to practical application," says Puneet Gupta, Brillio’s chief technology officer. “We are seeing the industry’s rapid adoption of next-generation platforms and services centered on cloud, mobility, big data and the Internet of Things."
For more information, visit Brillio.com.

Major opportunities are on the horizon for personalized medicine and clinical cancer research and treatment, according to Definiens. The company predicts that the biggest trends driving the industry over the next year will include big data and data quality, immunotherapy, combination treatments and predictive biomarkers. But as the industry seeks to overcome challenges in these areas, advancements will rely on adoption of key drivers.
For more information, visit definiens.com.

The biopharmaceutical and vaccine production market was estimated to reach $41 billion in 2014, but existing firms are near capacity with the amount of biologic development, according to a recent report from Kalorama Information. The firm says the key driver in biopharmaceutical manufacturing is the sheer number of biologic products in the pipeline.

“It is estimated there are more than 400 biotech drug products and vaccines targeting hundreds of the diseases in the pipeline," says Bruce Carlson, publisher of Kalorama Information.
For more information, visit kaloramainformation.com.

Benefits provided by patient engagement solutions such as reduced hospital readmission rates, enhanced labor productivity, and improved quality of healthcare are resulting in an increase in the deployment of these solutions.

Certain barriers such as huge investments, fragmented end-user market, and security of patient data are restraining growth of this market.

Over the years, the traditional approaches to patient care, quality assurance, and cost management have been inefficient. Therefore patient engagement solutions will be among the priorities for improving quality outcomes and cost management.

Web-based solutions accounted for the largest segment of the patient engagement solutions market in 2014. But cloud-based solutions are the fastest-growing delivery modes.
For more information, visit marketsandmarkets.com. (PV)

Cancer
Sales of biosimilar versions of the ­granulocyte colony-stimulating factors (G-CSFs) filgrastim, which is ­pending FDA approval, and ­pegfilgrastim could reach $1.8 billion in the United States by 2023. Medical oncologists and ­hematologist-oncologists surveyed in France and Germany ­indicated that they would ­prescribe future ­biosimilar G-CSFs, such as pegfilgrastim, to a ­significantly higher ­percentage of ­eligible patients compared with biosimilars of ­monoclonal antibodies (MAbs).
Source: Decision Resources

The value of the global acute myeloid leukemia (AML) therapeutics market will increase moderately from $632.6 million in 2013 to $878.6 million by 2020, representing a CAGR of 4.8%. This growth, across eight major markets (the United States, United Kingdom, Canada, Germany, France, Italy, Spain, and Japan), is attributable to rising AML prevalence and the anticipated launches of five premium-priced drugs into a market dominated by generics.
Source: GBI Research

The global melanoma therapeutics market is expected to reach $3.6 billion by 2020, which is a 15.4% CAGR starting in 2013, when the market was valued at $1.3 billion. The ­majority of this increase, which relates to eight major countries (the United States, ­Canada, Germany, France, Italy, Spain, the United Kingdom, and Japan), will occur in the US, where the market value will rise from about $1 billion in 2013 to $2.6 billion by the end of the forecast period.
Source: GBI Research

CNS
The attention-deficit hyperactivity disorder (ADHD) therapeutics market value will rise to $9.9 billion by 2020, with broadening ­diagnostic criteria a key driver of growth. This increase, which represents a CAGR of 5.3% and relates to eight major markets (the US, the UK, France, Germany, Spain, Italy, Japan, and Canada), will occur fastest in Japan, due to its high ADHD prevalence.
Source: GBI Research

The Parkinson’s disease (PD) treatment ­pipeline is characterized by a high degree of innovation and diverse molecular targets, with 37% of the 302 products in development ­holding first-in-class status. About 90 first-in-class programs, acting on 39 first-in-class targets, have been identified in early development. Of these products, the majority are involved in functional processes related to PD, giving them the neuroprotective potential to delay or even halt disease progression.
Source: GBI Research

Drugs that treat central nervous system (CNS) diseases take more than a year longer to develop and are less than half as likely to obtain marketing approval than other drugs. Mean development time for CNS drugs approved for marketing in the United States from 1999 through 2013 was 12.8 months, or 18%, longer than for non-CNS compounds. In addition, the overall clinical approval success rate (share of compounds entering clinical testing that obtain marketing approval) for CNS compounds first tested in human subjects from 1995 to 2007 (and followed through 2013) was 6.2%, or less than half the 13.3% rate for non-CNS drugs.
Source: Tufts Center for the Study of Drug Development

Hepatitis
Between 1998 and 2014, 77 investigational medicines for hepatitis failed in clinical ­trials, laying the groundwork for 12 approved ­medicines over the same period. The ­evolution of treatment from interferon-based therapy to direct-­acting antiviral agents has helped transform hepatitis C from a chronic and often fatal illness to an infection that with new and forthcoming treatments may one day be considered a rare disease. There are 75 new hepatitis C medicines either in clinical trials or awaiting review by the FDA.
Source: Pharmaceutical Research and Manufacturers of America

Ophthalmology
The age-related macular degeneration ­treatment market across seven major ­countries (the US, UK, Germany, France, Spain, Italy, and Japan) will almost double in value from $5.1 billion in 2013 to $10.1 billion by 2023. The main drivers for this ­expansion, which will occur at a CAGR of 7.1%, are the new therapies entering the market and a global aging society, which will lead to ­increasing numbers of elderly people ­developing the age-related retinal disease.
Source: GlobalData

Respiratory
Overall world revenue for asthma and COPD therapies was expected to reach $33.1 billion in 2014. Slow revenue growth is ­predicted from 2014 to 2018 and faster growth from 2018 to 2024. Rising demand for asthma and COPD drugs, expanding ­healthcare coverage, new drugs for severe asthma and a strong R&D pipeline will ­increase sales to 2024.
Source: Visiongain

View all | Post a press release
Industry Dive publications win 6 National Gold Azbees – most of any publisher
From Industry Dive
Vivera Partners with NINDS of NIH to Identify Potential Stuttering Treatments
From Vivera Pharmaceuticals, Inc.
Azzur Group Celebrates Ground-Breaking of Raleigh Cleanrooms on Demand™ Facility
From Azzur Group
Azzur Group Appoints Corporate Services Executive, Ray Jaffe, as Vice President of Operations,…
From Azzur Group
Read next
Latest in Commercialization
© 2022 Industry Dive. All rights reserved. | View our other publications | Privacy policy | Terms of use | Take down policy.
We use cookies to optimize your experience on our website and for analytics and advertising purposes. By continuing to use our site, you agree to our cookie policy. Learn more
Accept