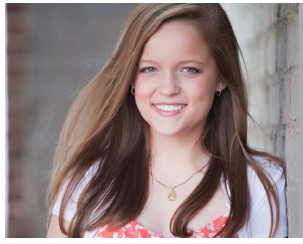 AbbVie has announced the 2015 AbbVie CF Scholarship, which honors and supports young adults with cystic fibrosis (CF) as they pursue higher education, is now open to undergraduate and graduate students. For the 23rd year, the AbbVie CF Scholarship will recognize exceptional students with CF who demonstrate academic excellence, community involvement, creativity and the ability to serve as a positive role model for the CF community. Forty scholars will be selected to receive $2,500 each for use during the 2015-2016 school year.  Recipients will also have the opportunity to compete for public votes to win two Thriving Student Scholarships (based on level of study) for a total award of $23,000. 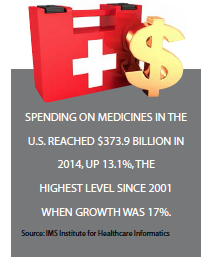 and higher list prices. Demand for healthcare services declined in 2014 despite this being the first year of insurance coverage for millions of people under the Affordable Care Act (ACA), according to the IMS Institute for Healthcare Informatics. Some newly insured individuals, particularly in Medicaid, drove a substantial increase in dispensed prescriptions. 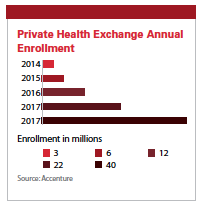 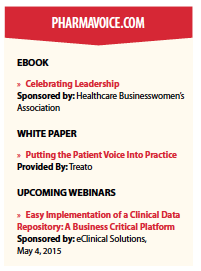 living with epilepsy. The hackathon will be held simultaneously in Brussels, Belgium, and Atlanta.

As well as developing digital solutions, teams at Hack Epilepsy will compete for prize money for the most innovative prototype.

Lions Health together with UNICEF and Unilever, has launched the Young Lions Health Award, a new competition for young creatives and marketers that aims to improve challenges facing global health systems in developing countries.

For UNICEF, one of the key challenges for children to survive and thrive is creating the awareness that health is not just about supplies or specific initiatives, but about creating a more sustainable system that reaches every child with basic, lifesaving health services.  To date, communications around child health have been fragmented and divided into silos, such as sanitation, 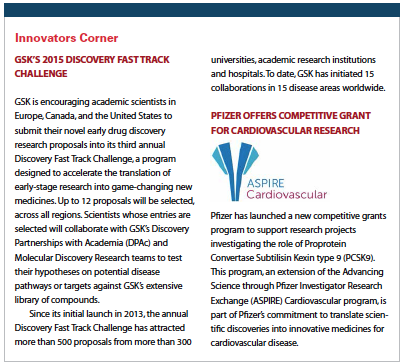 HIV and vaccination, preventing an integrated approach in generating awareness and support. The Young Lions Award calls on the young creative industry to develop a compelling campaign that would help address this challenge. UNICEF will use the winning campaign as the basis for engaging the general public to advocate and mobilize support for better, child-focused health systems.(PV)

Rho CEO Honored with Women in Business Award
Contract research organization Rho’s Laura Helms Reece, co-chief executive officer, was recognized as a top businesswoman by the Triangle Business Journal. The Women in Business Awards recognize leading businesswomen in the Research Triangle Park area of the state. This year’s winners were selected for their dynamic and outstanding leadership, as well as significant business or community accomplishments. 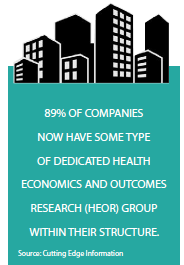 Quintiles Among Forbes Top Employers
Quintiles has been named to Forbes magazine’s first-ever America’s Best Employers list as rated by more than 20,000 independent survey responses. Quintiles is ranked as the 30th best employer in the United States and comes in third in the Drugs and Biotechnology category. In all, 500 companies are included in the 2015 Forbes list.

Pardon us…
In the April issue, we inadvertently misquoted the URL for BBK’s innovative mobile app and cloud-based content management and engagement platform for My Protocol Pal.
The correct URL is: MyProtocolPal.com.
We apologize for any inconvenience.