Giving a voice to patient advocates

Sparking innovation by…
powering human connections for a healthier world 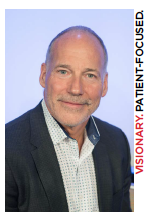 Social health zealot, advocate for patient collaboration, speaker, author — those are just a few of the monikers that Jack Barrette proudly answers to. He’s also a lifelong health marketer, serial entrepreneur, visionary, and Internet pioneer, and newly named chief innovation officer as part of Health Union’s acquisition of WEGO Health. Following a successful stint at Yahoo!, where he was responsible for guiding the company’s strategy for meeting the needs of healthcare consumers and the pharmaceutical, healthcare and healthy lifestyle companies that market to them, in 2007. Jack embarked on an entrepreneurial journey to change the trajectory of patient communities and the lives of patient advocates by founding WEGO Health. WEGO Health was the first online home for consumer health activists giving them a voice within the industry, and helping the world’s top health and pharmaceutical brands support, navigate, and participate in the evolving world of health social media. By giving voice to social media’s most active 10% who are passionate about helping others lead healthier lives, WEGO Health launched the Patient Leader Network — a trusted community of advocates, experts, and influencers.

PV: Why did you decide to join forces with Health Union?

Barrette: Olivier Chateau and I say this a lot — it feels like we should have done this a long time ago. The companies have evolved in such similar ways. Our cultures are remarkably similar. Our missions are so similar. We went about it in different paths. Health Union has very deep condition specific communities — they’re all about patients talking to patients, people supporting each other.

They’ve built deep patient communities in 34 — and growing — conditions. At WEGO Health, we built breadth instead. We also love the idea of communities and people talking to each other, so we found people who have built organic communities on Facebook, Twitter, TikTok, and any other platform we can find, and supported them to make them more effective leaders of patient communities. We have 100,000 plus patient influencers, collaborators, and leaders supporting communities across virtually all health conditions. Together with Health Union, we can really change the world. And we mean that not as a platitude, but we actually want to change the world. We are excited.

PV: What led you to found WEGO Health, which is impacting hundreds of thousands of patients?

Barrette: I can’t take credit for the impact; I get excited about the people who are actually making an impact. When I was at Yahoo!, I was running the health vertical and I had the privilege of overseeing the laboratory of 150 million U.S. consumers alone who were involved with all of Yahoo!’s properties. Part of my job was to figure out how to make Yahoo! Health more interesting because it was just another encyclopedia of information pulled from Cleveland Clinic, for example, and we were competing with WebMD, which was the big monster at that point. We looked at what Yahoo! did differently than everyone else, which was things like Yahoo! Groups and Yahoo! Answers, which were social media platforms before everyone knew to call them social media, way before Facebook. I looked at Yahoo! Groups and there were about 8,000 depression groups that had been organically formed by people. 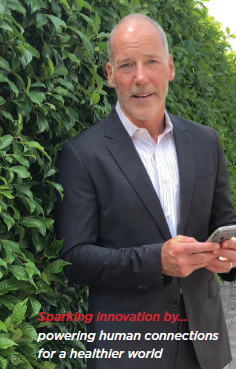 And some of them had 10,000 members. And they were just there. Yahoo! just had rooms that they made available, and people would just fill them with these amazing conversations. I looked at these people and thought what kind of passion and drive must these people have to help other people for no money, all day, every day, deal with real-time problems, especially in areas like depression or mental health where there’s a constant need for support. And then I looked at places like Yahoo! Answers. They also had groups of people who would post-up answers on serious health issues that were really helpful. And it was always the same people — not five people, but 500 or 5,000 people. Long story short, I discovered what we now call patient leaders now on Yahoo! — the folks who were incredibly, intrinsically, and passionately motivated people helping other people out of the goodness of their hearts. I said these people are going to change the world. This is the engine that’s going to power the change. These people will stop at nothing to make sure that everyone else gets better and is better.

I pitched the idea of WEGO Health to a venture capital firm, they bought into it and we launched in 2007.

Now there are influencers, advocates, collaborators, and patient leaders. One of the greatest things we’ve accomplished as a company is to make sure the world recognizes that there are people who are leaders among patients who can really make a big difference.

PV: The WEGO Health Awards have become a standard-bearer for identifying patient advocates who are raising the bar. How did the awards program evolve?

Barrette: The awards grew out of conversations with leaders, during which we were explaining to them that they were leaders. We would say to people, “Look at what you’ve done. You’ve got 3,000 people talking about rheumatoid arthritis and you’ve got this little group on a bulletin board on WebMD someplace. You are a leader of other patients. You’re really helping them." Then they would say, “No, I’m not. I’m just a person who cares and has the disease. I don’t really think of myself as a leader."

Then we would talk to people in their community, who would say, “She’s amazing. We wish we had a way to recognize her." So, we created a way for people to recognize the people who they see as leaders, which allows them to kind of step out of the impostor syndrome. We wanted to give recognition where it was due.

And it has really blown up. It’s the community members who nominate the leaders who they appreciate so much and the people who help them every day — it’s really very authentic.

PV: As a leader of patient leaders, what leadership strengths do you lean on?

Barrette: Empathy is the skill that I would say is most important in leaders in general, and certainly service leadership. Very few of our patient leaders are professionally trained to do what they do.

And because we are working for patient leaders, we are always focused on what they want and what they need — this is also true for the folks who work at WEGO Health, many of whom are patient leaders themselves.

We want to serve our customers in the same way; they’re busy brand managers. How do we bring them something that they can understand? We’re asking them to make a big leap of faith to work directly with a patient leader, which needs to be approved by regulatory. How do we make it easy for them?

I think that ability to feel the need and stay true to our audience, our team, and our customers has helped me along the way. We need to work harder to make it work for them. Taking time to really be empathetic to their goals as well as what could be is good business.

PV: How do you inspire your team to reach beyond their goals?

Barrette: I love to show our team what we have accomplished and ask them to take more credit for it. I tell them this wouldn’t have happened without you all working so hard. Or I show them an example of a patient leader who’s been hired by a pharma company and being paid as part of a marketing development team or a research team that’s building a trial design, which wouldn’t have happened it you hadn’t made that person an award winner. Or I’ll share an example of a WEGO Health Award winner whose advocacy jumped to the next level. I think of Alisha Bridges, who’s doing stand-up comedy because she gained confidence from giving a speech for the first time at the awards ceremony. Our people have a personal motivation, it’s not just making money or billing by the hour at all. We’re changing the world.

PV: How do you envision your new role as chief innovation officer under the Health Union banner playing out?

Barrette: The innovation role is great for me because I want to continue to fail fast. That’s a cliché, but I think being your own boss means that you have the freedom to try stuff that’s maybe not completely supported by data. And sometimes that’s why you make the leap that no one else can make because you have to explain it to investors or three layers up. You can fail and learn fast. And pursuing that vision means wrong turns.

I see so many folks who are afraid to take a wrong turn once in a while, and therefore they can never quite get past where they are. By joining Health Union, we both know we are going to help the patients who are a part of our communities.

The vision that Olivier and I, and the combined leadership team of the two companies, talk about is powering human connections for a healthier world. That’s what I would like my legacy to be. That vision really spells it out. I would like people to say the world is healthier because Jack Barrette helped to put people together in ways that improved outcomes, made diseases get cured faster, or helped people to feel emotionally supported — all those things that come from a human connection, that he was part of why we’re all healthier for that social connection.(PV) 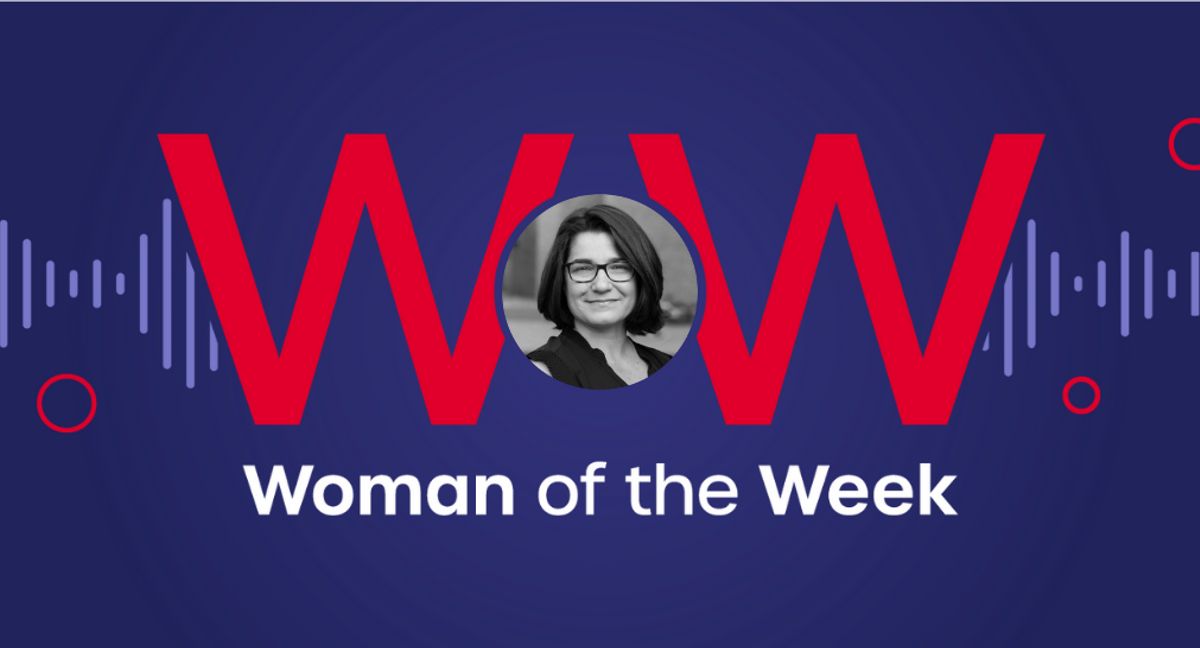 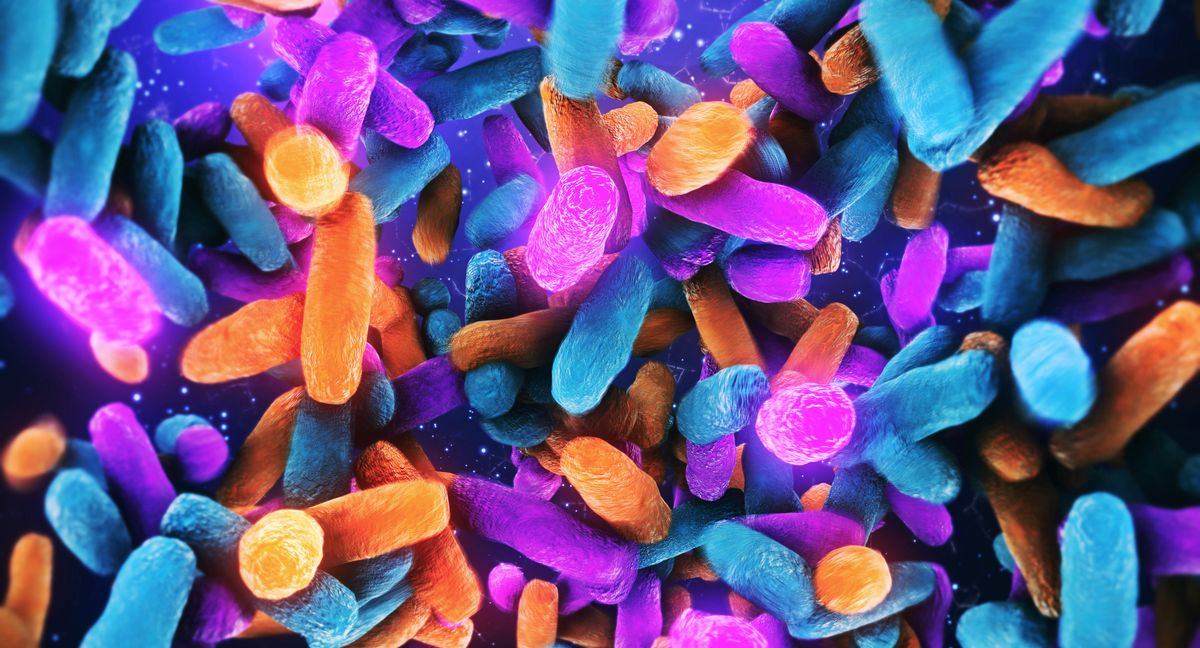