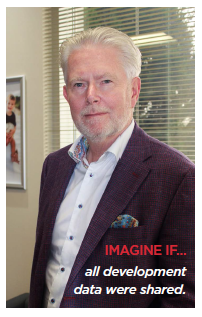 Since taking the helm of Altasciences, formerly Algorithme Pharma, in 2010, Chris Perkin has transformed the company from a CRO that supported generic drug development to an organization that partners with biopharmaceutical companies worldwide in support of novel drug development. In October 2018, Chris transformed the company further by expanding its offerings through the acquisition of a preclinical business. For more than 40 years, Chris has been challenging the status quo and creating a vision for what could be.

Under Chris’ leadership, Altasciences has become a multi-award winning CRO with a unique focus on supporting drug development from lead candidate selection to proof of concept. The growth Altasciences has experienced in the past eight years has allowed the company to diversify its client base and gain market share worldwide.

Chris has transformed the organization with an open-door and collegial management style, leading the way for impressive growth, creating and securing jobs, and providing investors with a good return on their investment.

A strong leader, a good listener, and someone who leads by example, Chris sets high standards for himself and those around him, at the same time he makes sure that his teams know that their work matters. His colleagues exhaust the thesaurus in describing his leadership qualities as a strategic and approachable CEO and as a mentor who generously helps others progress their careers.

PV: As a mid-sized CRO, what challenges and opportunities are you seeing?

Perkin: We are developing a different approach to drug development by bringing all of the early development services — including preclinical safety testing, clinical pharmacology, bioanalysis, and research services — under one CRO. We now have the expertise to move from the preclinical stage to proof of concept seamlessly and efficiently. This is an interesting change in the industry, because no one’s ever done that before. The two pieces — preclinical and clinical — should be closely linked, which allows for more agility, efficiency, and easier transfer of data and knowledge across the two disciplines. We’re now actively looking to acquire the remaining pieces, such as drug manufacturing, 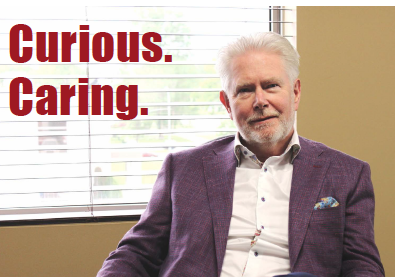 formulation and regulatory. We’ve begun discussions with various companies. For us it’s not just about capabilities, it’s also about the right cultural fit.

We see more early drug development being done by small biopharma companies, many of which are almost virtual, with five or six individuals who are located in different parts of the country or even different countries. Often, these companies develop one drug, get to proof of concept, license or sell the drug, and then move on. Working with these groups is much more challenging than it was in the earlier days when a company was set up with a pile of cash and operated from a single office with personnel. In this current new environment, a lot more support is needed. There’s more volatility in terms of coordination.

PV: What changes do you consider to be most crucial for the industry going forward?

Perkin: Most drugs under development never make it to market, yet that data remains proprietary. But, that data could be extremely valuable. Data transparency would allow other companies to avoid the same issues and design better drug development programs. Ethically, it would also be a more responsible way of developing drugs. Consider, for example, data on dementia studies. Dementia is a growing societal problem but it’s an area that tends to be underfunded, under researched, and it’s a great example of where shared data could lead to faster advances.

PV: What changes do you see coming on the horizon?

Perkin: There will be a lot of changes. For example, with the huge number of oncology products coming through the pipeline and to market, sooner or later that market is going to plateau. Also, an increasing number of companies are focusing on orphan diseases.

PV: As CEO, what are some of the issues that keep you awake in terms of moving the company forward?

Perkin: Finding the right partners is absolutely a concern. It’s a lot of work finding a company with the same cultural approach. Another concern is keeping the company moving forward in a very dynamic environment. Before 2010, Altasciences was built on the generic industry, but we saw the negative impact that price and volume were going to play and we shifted our business model. My role is to keep everybody focused on our exciting growth strategy and staying ahead of the new capabilities that are required in drug development. It’s about maintaining the right amount of focus on the right issues and making sure everybody continually remembers where we’re going.

PV: How do you keep the culture of innovation and transformation alive within the company?

Perkin: We have a great senior management team and ideas come from everywhere in the company. At any one time, we’ll have as many as 15 different initiatives going on. I often don’t know about them until they’re underway because people have autonomy to make decisions, and at the same time there’s a lot of collaboration. I spend a lot of time making sure all of the groups are collaborating and individuals are connecting. My role is about encouraging teamwork. I bring people together to ensure others are informed. The more people know where we’re going, the more likely we are to get to the destination.

PV: People have described you as collaborative and empowering. How has your management style changed over the years?

Perkin: I think I’ve become a driver. I can review information and synthesize it to bring it down to a few key factors that enable us to make plans. I’m a better manager now than I was 10 years ago, and I’m way better than I was 10 years before that. It’s a combination of personality and learning from other people and my own mistakes. I think of management as an Olympic sport. To be an Olympian you have to put in 10,000 hours of practice.

Management is often seen as a natural progression, but it’s not. It’s really about being prepared to put the effort in to learn, go back, do it again, evaluate, go back, and do it again. If CEOs encouraged their managers to look at talent development this way, they would end up with a professional, balanced management team. It’s no different than a pole vaulter who becomes great at the sport because of all of the practice he or she put in.

PV: How do you set up your company for success in terms of talent management?

Perkin: We tend to focus on people who are ready to move up from a technical role into a supervisory role. This is the most difficult step along the management pathway. I expect my senior management team — eight or nine individuals — to mentor their most promising managers within their groups through one-on-one business coaching. At that level, they’ve shown they have the talent; now, it’s about giving those people different tool sets.

PV: What advice do you give to future leaders?

Perkin: I tell them that I never aspired to be a CEO or even a general manager. It just happened. People tend to focus too much on the destination. And really, they should be focusing on the journey. They should be thinking about what they can do to develop what they are doing now. If they are doing that well, this will lead them to the next level.

PV: Do you feel that there’s a shortage of talented people in the industry right now?

Perkin: There’s plenty of scientific talent, but in terms of management talent I think there’s always been a shortage. It’s always extremely difficult to find really good managers because the view of management has changed from what it was. Management is no longer a service award the way it used to be. I’m very focused on making sure we have management talent up and coming. We’re recruiting to fill gaps but we’re also growing talent within the organization and finding ways to retain those people. I spend a lot of time working to maintain our talent pool.

PV: What makes you excited to go to work?

Perkin: On the commercial side, it’s exciting to play a significant in part of what gets clients to the next stage. It’s also exciting to build a company that makes people happy to work here. We want our people to achieve their goals, step out of their comfort zones, and be motivated to take their next career steps. We want our leaders to achieve more than they thought they could.

PV: What mark would you like to leave in the industry as your legacy?

Perkin: I would like to be known as a leader of a company that transformed early drug development. I believe that once this model is established others will follow.

I would like to be known as the person who played a key role in implementing a new way of doing drug development — using one CRO to move a drug from the preclinical phase to proof of concept seamlessly and efficiently — that’s been talked about for 30 or 40 years and has never really been done.(PV)