Researchers in Massachusetts conducted a survey of 300 patients seen in the general mental health clinic of the local Veterans Affairs Medical Center. Survey questions focused on interest in use of cell phones, tablets, and other computers in patients’ interactions with the healthcare system. 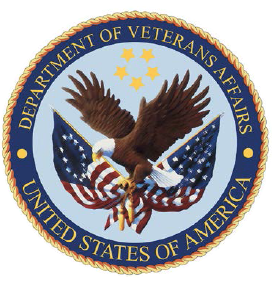 According to the research published at Telemedicine and e-Health, a total of 74 patients, primarily treated for depression, post-traumatic stress disorder, or anxiety disorders returned completed surveys. Almost all — 97% — reported having a cell phone, but only 47% reported having a smartphone.

Overall, 86% had access to an Internet-capable device such as a smartphone or computer, including tablets. Respondents appeared to prefer computers to cell phones for some health-related communications, but did not express differential interest for other tasks, such as receiving appointment reminders. User interest was higher among younger veterans.

The Navy is paying for research into an app to screen for autism in the hopes that it could eventually be tweaked to look for signs of post-traumatic stress disorder. While developmental and trauma disorders might at first appear strange bedfellows, the researchers and a PTSD expert for the VA say it could be an exciting new direction.

Facial expressions can indicate the presence of autism, PTSD, and other disorders. The Autism & Beyond app uses a smartphone camera and an algorithm to read children’s facial expressions and assess their emotional responses.

The app, which uses a general algorithm, could be expanded to PTSD to monitor people over time if speech and other signals are taken into account, according to Pedja Neskovic, who oversees the project in the Office of Naval Research.

“It can find patterns, not just in facial expressions but in different kinds of data sets, such as brain signals and speech, and it can be used on a continuous basis," he says. “It’s a completely new world." 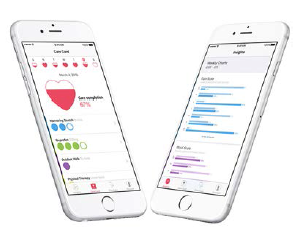 William Unger, a PTSD expert and clinical psychologist at the Providence VA Medical Center, sees potential for an app to be used to help screen for PTSD if it can prove reliable for a large population over time.

The Department of Veterans Affairs (VA) has awarded $784,421 in Specially Adapted Housing Assistive Technology (SAHAT) grants to eligible individuals, researchers, and organizations to develop new technologies that would enhance veterans and service members’ ability to live in specially adapted homes.

The SAHAT Grant Program was authorized by Congress to design assistive technologies to expand home modification options for veterans who apply for VA’s Specially Adapted Housing benefit. Grants of up to $200,000 have been issued to four selected grantees.

“We’re excited and expect that the technology developed with these grants will augment veteran and service members’ options for living independently in their own homes," says Curt Coy, deputy under secretary for economic opportunity. “New technology will serve veterans who currently live in specially adapted houses and open doors for more veterans looking to modify their homes to fit their needs."

VA administers the SAH benefit, which helps veterans and service members with service-connected disabilities to purchase or modify a home. New technology from the SAHAT Grant Program will be added to the list of home modification options as they become available.

The Department of Veterans Affairs has awarded 21 contracts worth up to $22.3 billion for information technology infrastructure improvements, cyber security, and operations and network management.

“This T4NG award is one of the many ways the department is supporting the MyVA breakthrough initiatives by directly providing the technology that our veterans need to support the services they receive from VA," says Secretary Robert McDonald. “The T4NG will help meet and strengthen VA’s long-term technology needs."

CareKit, which comes out of Apple’s medical-research platform ResearchKit, is intended for a broad spectrum of patients, not just people taking part in medical studies.

Any health-app maker can use it to make it easier for patients to share their health information with physicians, friends, or family members who take care of them. Users can also pull in other information about their health, such as exercise results.

The software is free and open-source, meaning it could, in theory, even work on other platforms like Android, says Thomas Goetz, founder of Iodine, which is one of six CareKit launch partners.
His company’s app, Start, allows patients with depression to track how well their medications are working and report symptoms back to their doctors.
Along with Iodine, HealthKit is launching with five other partners: Sage Bionetworks and the University of Rochester; Texas Medical Center; Beth Israel Deaconess Medical Center; One Drop; and Glow, Inc.

23andMe has created a new ResearchKit module that allows researchers to seamlessly integrate genetic information into their app-based studies. ResearchKit, an open source software framework designed by Apple, makes it easy for researchers to create studies for iPhone.

The Mount Sinai Asthma Health and Stanford Medicine’s MyHeart Counts apps will be the first to implement the module, enabling more than 1.2 million 23andMe customers to upload their genetic information directly through the apps, following an informed consent process.

“This new technology gives researchers a turnkey way to integrate genetics into their studies," says Anne Wojcicki, 23andMe CEO and co-founder. “This will enable research on a much broader scale."

The Asthma Health app, co-developed by the Icahn School of Medicine at Mount Sinai and LifeMap Solutions, the mHealth subsidiary of BioTime, enables individuals with asthma to participate in a large-scale medical research study directly from iPhone.

Along with collecting research data, the Asthma Health app is also designed to educate asthma patients, help them with self-monitoring, promote positive behavioral changes, and reinforce adherence to treatment plans according to current asthma guidelines. To date, more than 8,800 individuals have joined the asthma research study in the United States, United Kingdom, and Ireland — the three countries where the app is currently available.

The MyHeart Counts app developed by researchers at the Stanford University School of Medicine uses ResearchKit to collect data about physical activity and cardiac risk factors to aid scientists studying the prevention and treatment of heart disease. The Stanford researchers aim to make MyHeart Counts the largest study of measured physical activity and cardiovascular health to date. More than 50,000 users have agreed to participate in the study in the United States, Hong Kong, and the United Kingdom.

The free app enables users to complete tasks and answer surveys from iPhone. Once every three months, participants are asked to monitor one week’s worth of physical activity, complete a six-minute walk fitness test if they are able to, and enter their risk-factor information.

Through the new module, any 23andMe customer who participates in either the Asthma Health research study or the MyHeart Counts study will be able to easily contribute their genetic data after completing a simple informed consent process in the apps.

Adding a digital health tool to traditional cardiac rehabilitation appears to help people recovering from a heart attack lose significantly more weight in a relatively short period of time, according to research presented at the American College of Cardiology’s 65th Annual Scientific Session.

In fact, patients using specially designed health tools on their smartphones and through a Web-based portal lost four times as much weight compared with those undergoing 12 weeks of cardiac rehabilitation alone.

This randomized controlled trial is the first in the United States to look at how adding the use of mobile and wireless devices concurrently with cardiac rehab might improve health outcomes, according to researchers.

Instead of using commercially available mobile health solutions, cardiologists at Mayo Clinic compiled information and recommendations typically given during cardiac rehab to help patients strengthen their heart health and improve cardiovascular risk factors to prevent subsequent events. They then partnered with Mayo Clinic’s Information Technology department to incorporate it into an app and Web-based program that patients could use remotely.

While the actual weight loss observed in this study was small — an average of two pounds in the cardiac rehab group compared with nine pounds in the digital health intervention group — experts say every bit matters for these patients as previous research has shown that people who lose weight tend to have fewer cardiac events in the future.

The study included 80 patients — 68 years old, on average — who were eligible to take part in cardiac rehab at Mayo Clinic following acute coronary syndrome, including heart attack and unstable angina.

Patients were randomly assigned to usual care or cardiac rehab coupled with a digital health intervention that included semi-weekly educational messages, videos, and articles with accompanying quizzes about heart healthy lifestyles, tips, and platforms to track and log exercise and dietary habits. Researchers collected participants’ weight and dietary habits at baseline and after 90 days.

The health tool essentially functions as an extension of a patients’ heart team, helping to hold them accountable for eating right and staying active outside of the clinic.  Overall, it seems that by adding digital health tools, there is a trend toward better adherence to recommendations.  (PV)